After another fight with my scale that ended in frustrated tears, I realized that I have been on a diet for almost 20 years.

The diets have taken on various forms of adaptations but the fact remains that I have been trying to change my shape for two decades. Ever since I was a child I have felt that there was something wrong with how I looked. Family, friends and media all played a part but at the end of the day it was me telling myself that I didn’t measure up. The more I put myself down the more I found solace in food, the more I found solace in food, well you can imagine.

I have never been skinny. I’ve never worn a bikini or been the smallest in the room.

A fact that has haunted me for years. Being the tallest of all my friends and the heaviest only added to my adolescent and adult insecurities. Suffice it to say my self-love wasn’t where it should be. The problem had come to a frightening head when I heard through mutual friends of an online self-sabotage workshop. I followed my intuition and signed up for Richelle Henry’s Kick Self-Sabotage Challenge. After only 8 days the program showed me something revolutionary. To change what you don’t like, you have to learn to love what you have.


Love myself as is?! How could I do that when every magazine cover, commercial, mirror was telling me something different? I realized it was time to make a different kind of change. This time I needed to change how I treated myself. According to Glamour’s The Secret Way People Are Judging You Based on Your Body, when it comes to weight, negative stereotypes are ingrained in our sub-conscious. For example, an overweight woman is often regarded as lazy, sloppy and jovial.

While her thinner counterpart, is often categorized as vain, bitchy and conceited. Clearly an unfair assessment on both sides of the spectrum. It leads me to the heart of the matter. What does weight really have to do with anything?

Maybe it’s not healthy to have an identity wrapped up in poundage. Perhaps a person’s merit should be based on something more substantial than their pant size. How revolutionary!


My inquiry led  me to Geneen Roth’s popular best-seller Women, Food & God. Ms. Roth’s approach is to stop dieting  and pay attention to what you’re eating and why. She believes that if you follow an addiction back to its source you will discover your beliefs in God, yourself and life itself. Basically she promotes stripping  all the bull-shit away and doing the real work, the hard stuff. And all of a sudden this makes sense to me. Because while my battle to be fit has very little to do with food, it has everything to do with food.

Months of spiritual work, self-inquiry and a regular meditation practice later I am beginning to see that my years of self-abuse was the problem, not how I looked or what I ate. Love and acceptance was the key along. I now speak more kindly to myself and have begun to practice blocking the negativity of others. I am working on making healthy choices that nourish, rather than hurt me. It’s a process. I am working on a balance, working on becoming the me I see in my mind’s eye. But this time, even though I know I will fall, I will also rise. If I eat too much or forget to exercise I will not become Public Enemy #1. I’ll just be human. A beautiful human who has a lot more going for her than sheer mass. A wondrous soul, worthy of all the love in the universe. A lot like you, in fact.

Corinne Casella was born and raised in New Jersey and now resides along the banks of the Hudson in Jersey City.  She is a freelance writer and editor with over seven years of professional experience.  Combining writing and yoga to her is a logical step, because if anything can bring about change in a world as large as ours, it’s through our open hearts and our pens. Connect with Corinne on her blog and read more from her here.
~Assistant Editor: Malin Bergman 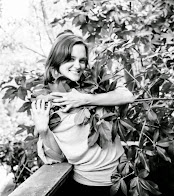